Dangers of Mixing Valium and Alcohol 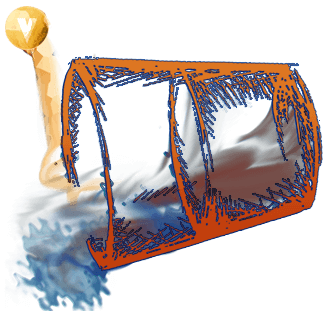 is a brand-name drug that has the generic drug diazepam as its active ingredient. Valium is a benzodiazepine, a drug type that has a sedative effect. Valium is indicated for the treatment of different medical conditions, such as anxiety and seizures, and during withdrawal from an alcohol use disorder. Valium works in the brain by slowing down, and hence calming, nerve activity. There is a universal advisement that anyone who is taking Valium, whether for a prescribed medical reason or for recreational purposes, avoid all alcohol and alcoholic products, such as cough syrup.

Alcohol & Valium Effects on the Brain and Body

Typically, an overdose on Valium will not lead to a fatality (though in some instances it can happen). However, the combination of Valium and alcohol can prove fatal, even at relatively low doses. A main danger has to do with the fact that the presence of alcohol makes a greater percentage of the Valium reach the brain. Since there is then more Valium in the brain, the drug has a more potent effect, which can lead to the following side effects:

One may wonder why the combination of Valium and alcohol can be so devastating. The short answer is that each of these drugs works as a central nervous system depressant. The combination, therefore, can result in severe depression of critical body functions, such as the heartbeat and breathing. In addition to these immediate effects, taking these drugs can increase the risk of addiction. Since alcohol and Valium potentiate one another, the likelihood that the person will become addicted to these intense effects can increase. While each drug is itself potentially addiction-forming, the combination can shorten the distance between use and abuse.

Aside from the health consequences, taking Valium and alcohol together, or in close proximity in time, can lower inhibitions. Once in this mental state, a person may be prone to drive a car or make other unsafe choices. The National Highway Safety Commission (NHSC) provides the public with information on how taking Valium or Valium and alcohol impacts a person’s ability to drive. The following are some key highlights of NHSC research in this area:

NHSC has also expressed concern about the reality of Valium in the body. This drug can have effects in the body up to 24 hours after last use. Valium has a long half-life, as it can take the body as many as 20-80 hours to metabolize diazepam. This means that a person may not even understand the true risk of abusing this drug. For example, if a person takes Valium one evening and then goes out for drinks the next, there is a possibility that there will be enough of this benzodiazepine in the body to negatively interact with the alcohol. Although driving should be out of the question after exceeding the legal limit of alcohol intake, individuals may take this risk and not appreciate the added risk of also having Valium in their bodies. Again, these drugs potentiate one another. There is also a possibility that the person who decides to drive is showing significant thought impairment at that time and, if sober, would never engage in this reckless or negligent conduct. 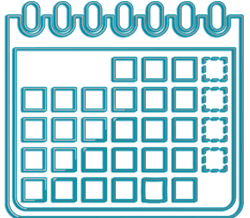 Taking Valium, or Valium and alcohol, can lead to certain long-term effects. The liver is responsible for metabolizing Valium. Individuals who take Valium under the care of a doctor will have certain protections, due to the doctor’s monitoring. To ensure that the Valium is not negatively affecting the liver, blood tests will be run periodically. In the event that there is liver damage, the individual will typically be started on a new course of treatment or some other beneficial modification will be made. But an individual who abuses Valium has no such safeguard in place. If there is liver damage, the liver will not be able to effectively process alcohol that is also consumed. The inability of the liver to process Valium and alcohol can lead to an overdose.

A person who abuses Valium and alcohol is truly entering into unchartered territory as well as demonstrating signs of a dangerous form of substance abuse. There is significant research available regarding the side effects of Valium and alcohol separately and interrelatedly, and it all points to the same conclusion: These drugs should never be mixed, and if they are, it’s necessary to get help. It is possible that even one instance of mixing Valium and alcohol can lead to an overdose or a fatal car accident. The risk only increases if this behavior continues.

Rehab can help. At present, the most effective way to treat singular or polydrug abuse, such as combining Valium and alcohol, is to receive treatment from a qualified, accredited rehab center. During treatment, a team of specialists will work together with the recovering person to address the impact of Valium and alcohol abuse on the person’s entire life.

alcoholbenzodiazepinesprescriptionvalium
Prefer getting help via text?
We're available 24/7 via text message. Signup below for access to our team when its convenient for you!
and many more...
✕
Instantly Check Your Insurance Coverage
Your information is safe & secure
At Recovery First, we accept most types of private (non-government) insurance and offer a variety of payment options.
You can quickly and privately check your insurance benefits to see if you're covered for addiction treatment services. We’ll be able to tell you if your provider is in network with Recovery First Treatment Center and all American Addiction Centers locations.
This means your treatment may be FREE1 depending on your policy, copay, and deductible.
Next Steps & ResourcesFind help & resources or learn more about Recovery First.