Dangers of Injecting and Snorting Ativan 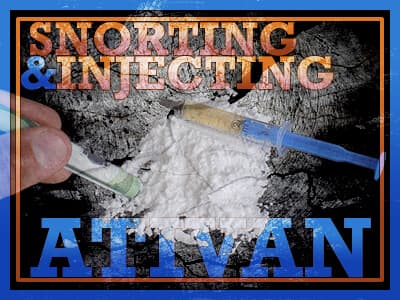 Ativan is a benzodiazepine, also known by the generic name lorazepam. This medication is frequently prescribed to treat anxiety. Like other benzodiazepines, Ativan works on the GABA receptors to slow neuron transmissions by controlling the GABA neurotransmitter. Slowing down this transmission can be useful in preventing panic attacks, reducing anxiety, easing alcohol withdrawal symptoms, inducing asleep, and even stopping seizures. There are many kinds of benzodiazepines, which have slightly different effects. Ativan has been shown, in small doses, to be very useful for helping people who suffer from anxiety disorders.

However, like other benzodiazepines, Ativan’s effects can be addictive or lead to abuse. When a person becomes addicted to Ativan, they can develop both a dependence on and tolerance to it. Dependence involves the brain’s need for the substance to release neurotransmitters, while tolerance occurs when the body needs more of the substance to produce the same effects. To get Ativan into their system faster, people who become addicted to this substance may find other routes to ingest the drug.

Ativan typically comes as a pill, so when taken as prescribed, the medication moves through the digestive system and enters the bloodstream through the stomach and intestines. People who have become addicted to Ativan, however, may try to find ways to get the drug into their bloodstream more quickly, so they can feel the drug’s effects faster. Two of the more common methods for abusing benzodiazepines like Ativan are injecting and snorting the drugs.

Injecting a drug involves breaking down the pill, often crushing it, and mixing it with water. Then, the solution is injected into the body, generally into a vein. The substance then enters the bloodstream directly, without any processing in the stomach. This can be dangerous because it can lead to an overdose much more quickly. It can also cause damage to skin, veins, arteries, and muscles. Common problems due to needle injection include: 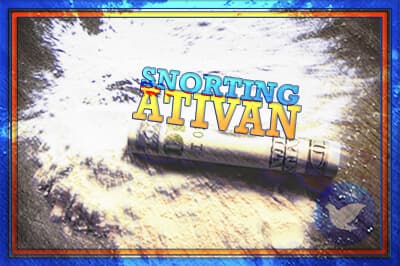 Snorting is another common method for abusing many drugs, including Ativan. Pills are crushed up and then inhaled through the nose. Although the substance does not enter the bloodstream as fast as with injection use, the drug still enters the bloodstream quickly, as it passes through the thin skin in the nose and into the nasal capillaries. Common physical problems from snorting include:

When a potent drug like Ativan is not taken as prescribed, it can lead to addiction. This is especially true if the substance is abused by forcing it into the body faster by injecting or snorting. This allows a much larger quantity of the drug to get into the body, without being filtered by the digestion system.

People who abuse Ativan and other benzodiazepines this way are also more likely to be polydrug users, and they may be taking Ativan to enhance the effects of the other intoxicating substances. People who struggle with addiction to prescription painkillers or heroin are at high risk of abusing Ativan, as are people who abuse cocaine or alcohol. There is also a correlation between people who abuse amphetamines and benzodiazepine abuse. Polydrug users who regularly inject or snort another substance are more likely to ingest Ativan in the same manner.

It is important to get help to overcome Ativan addiction. A comprehensive addiction treatment program can ensure you detox safely and offer evidence-based treatment to address underlying issues. With the right help, complete recovery is possible.